Iron Quilter (or "How We Made Four Quilts in Five Hours") 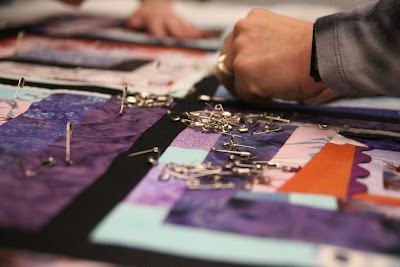 One of the best things about The Modern Quilt Guild is the fact that there are so many chapters around the globe. Reading about the events online through their guild blogs is great not only for their members, but also for guilds in other areas looking for new ideas. Chicago's MQG hosted an "Iron Quilter" event this past March and once Jacquie told us about it in May, we were hooked. 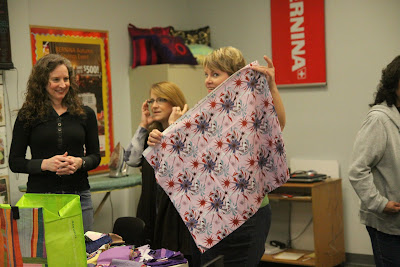 It was an absolute blast! We made four quilts from start to finish... in five short hours! Here is how ours worked: 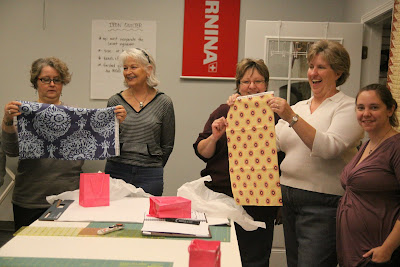 We randomly divided the 12 participants up into four teams of three. They had no idea about the team assignments or secret ingredient colors ahead of time. You know... to make them full of even more anxiety!
The finished quilts had to be at least 18" x 24", the top had to incorporate the secret ingredient and the quilt they created should reflect the MQG (in their eyes). 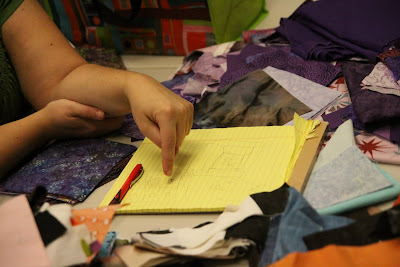 It didn't take long before the room was full of women working and planning and tossing fabric around! 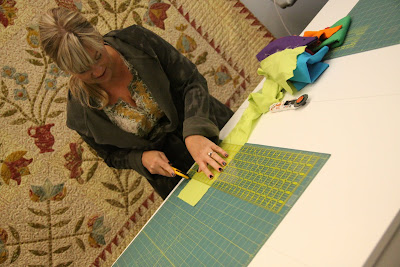 Tammy made the official first cut of fabric! 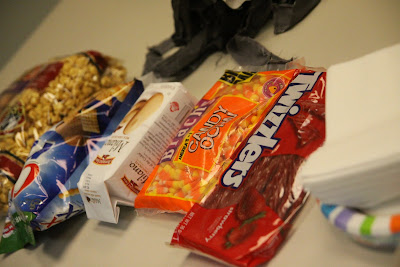 Sewing without snacks? No way! 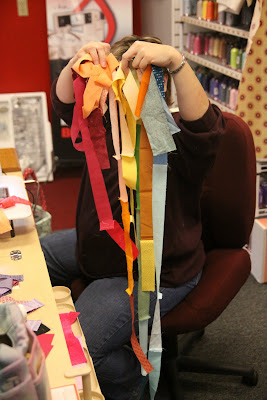 There was fast and furious piecing on the two sewing machines per team. 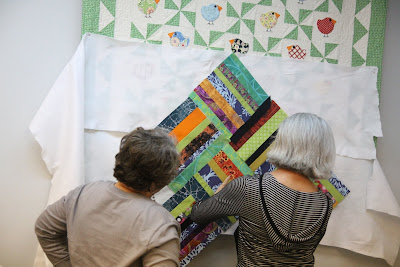 Some very clever members used the batting scraps to craft their own design wall.
And somewhere along the line, Jaime broke out a bottle of wine...that we quickly polished off. 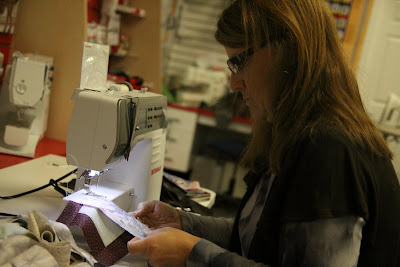 And ever so carefully (though quickly!), the blocks started coming together.
With about an hour left until the deadline, most of the groups were assembling tops and backings. 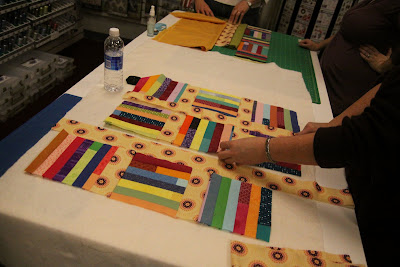 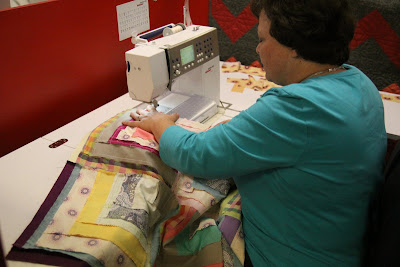 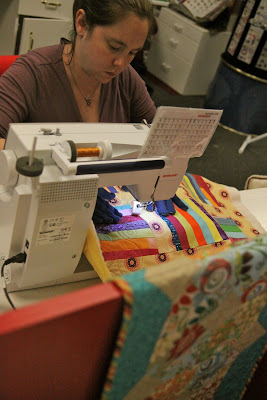 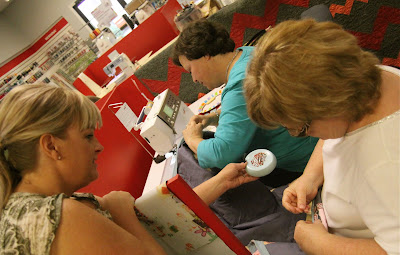 With the clock inching toward the 5pm deadline, teams were working feverishly to finish their bindings. Four different methods were used! The team above utilized every member: Robin sewing the binding to the back, Tammy supplying the pins and Claudia folding the binding to the front and pinning it down so that Robin could keep right on sewing and tack the binding in place on the front. Phew! 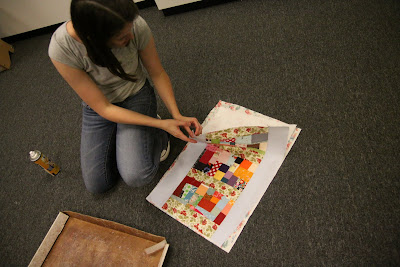 Jaime, our Bernina hostess, was fresh off a Denyse Schmidt workshop and used some of her free time to piece the tiniest of scraps together.
At 4:57 and 4:59, the first two teams finished! 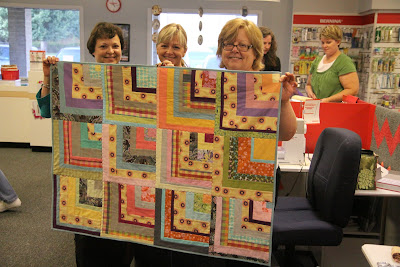 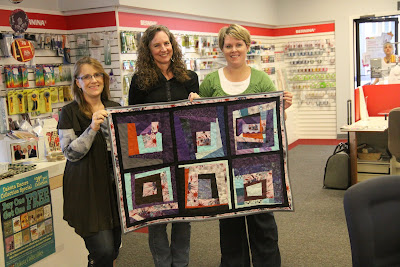 The other two teams weren't too far behind! 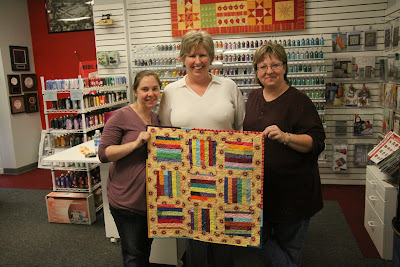 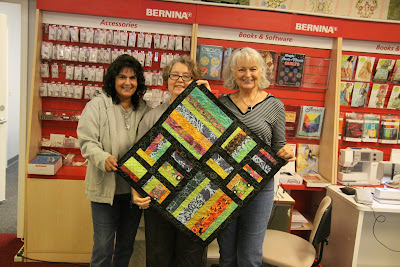 It was a great way to spend a rainy day and we overheard people saying how much fun they'd had. We are so glad Chicago tried it and blogged about it and can't wait to see which MQG group will try their own Iron Quilter! 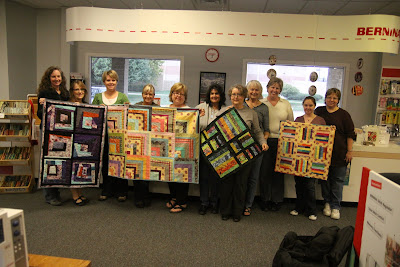 There were many more images from the day, which can be seen in the short video below. Enjoy!

KCMQG is part of MQG National

If you're a member of the KCMQG, join our private Facebook group!

KCMQG products are available on Zazzle